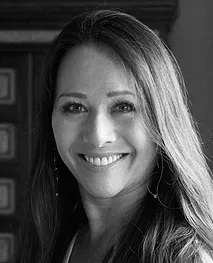 Serena is a licensed real estate agent. Since 1994, she has served clients in the Bay Area as a professional designer in residential and commercial design. A former member of the ASID, she still holds membership in the CCIDC. After owning her own design business for over 25 years, she decided it was time for a career change. Real estate was always on her mind and in the family, so it was a natural fit. With a background in architecture and interior design, she has a keen eye for property potential.

​Serena is a California native, raised in Southern California and a Bay Area resident since 1994. She enjoys spending time with her husband, three children, and silly dog.

​During her undergraduate studies at USC, she received the Milan/Como Italy Scholarship through USC with the Polytechnic University of Milan in 1990. She was the East West Players set designer in 1991. She was given the honored position of Visiting Guest Critic from the University of North Carolina School of Architecture in 1992.